Popular radio host Murf Reeves from New Orleans’ WWOZ FM served as the guest VIP Emcee for the day, and he kept everyone up to speed on the music, as the crowd steadily grew from 3:30pm onward. Most concert goers came prepared with umbrellas and rain gear, and it was obvious from the start, that rain or shine, these die-hard music fans would not be daunted by the threat of ran.

The day’s only setback was a brief thunderstorm flare-up that clipped short the ending of local favorites’, Blackwater Brass’, set, but afterward, the clouds parted and the rain and thunder eventually took a back seat, allowing headliners Flow Tribe and Amanda Shaw to perform their complete sets. They kept the audience dancing the whole time, and a robust crowd populated Rosetti Park until the show’s close at 8:30pm, crowding close to the stage for the energetic performances.

Following the conclusion of Saturday’s show, the 13 official venues of OSLIVE’s AFTER DARK music series around town presented multiple live music performance options for the Rosetti Park concert goers to choose from after they folded up their chairs and umbrellas and continued their respective nights out on the town.

Saturday Success Story! The Third Time's a Charm for OSLive at Rosetti Park! 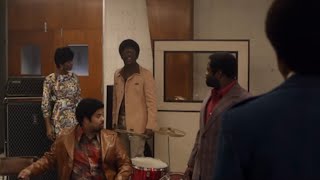